What does it mean to "Photoshop" a photo?

Yesterday morning Sept. 1st, I played hooky from work, but still got up early instead of sleeping in! Crazy right? My intention was to get a few Temple photos, as the sunrise looked promising. Maybe I'd get something I liked. What I got was a fantastic sunrise and some photos I really, really liked.

I quickly edited one photo later in the day, then posted it on our neighborhood residents' page before going to a football game. Here it is:

I received a heartwarming response, overwhelmingly positive and gratifying. One contrary comment stated, "Photoshop, sun comes up on East", This didn't bug me much, since the photo captured my east-facing view. However, the intimation that I used Photoshop to fake the composition, or other chicanery, did bug me. Admittedly, I have done that once or twice, but I own it when I do. Like here: 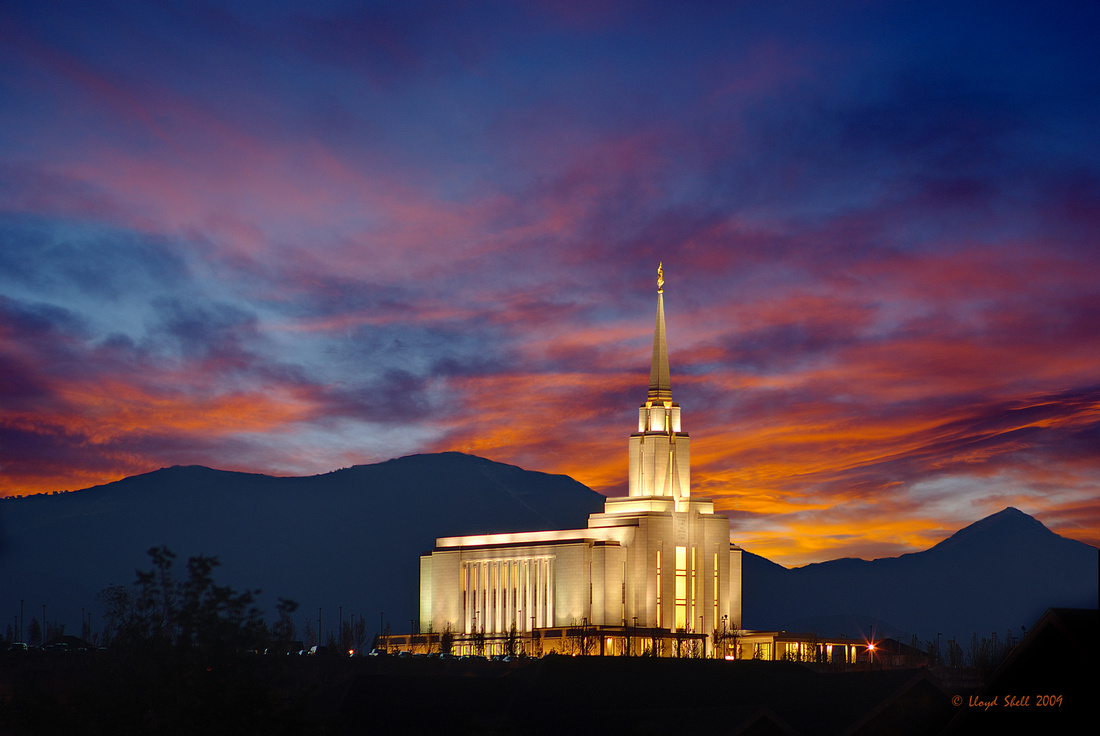 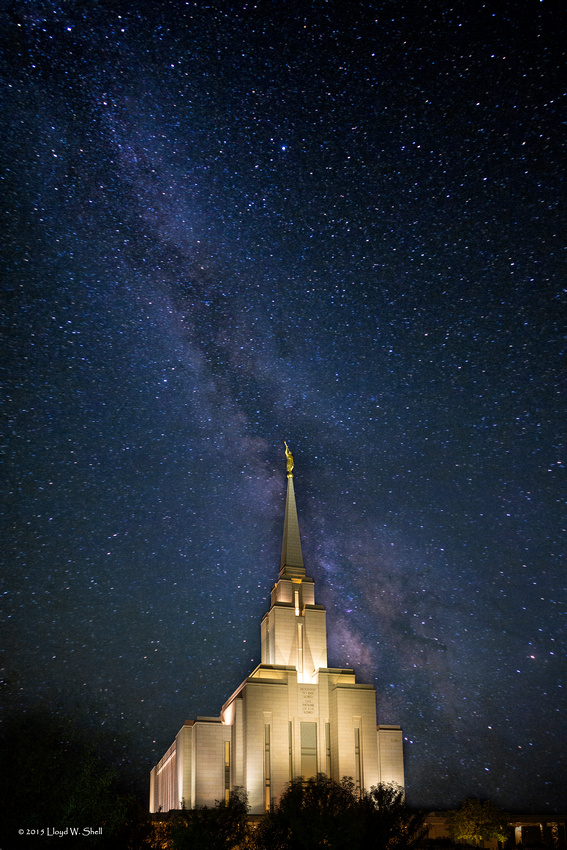 It is actually a pain in the rear, because you have to digitally cut-out the outline of the building. Not making it look cruddy, fake, etc... is REALLY hard! These two photos literally took HOURS of work in Photoshop to do it, and still look a bit fake (besides the juxtapositions not found in nature).

I created digital art, not photo journalism. If I painted these images, would people complain that they were fake? So, what does it matter?

There are huge online discussions that dissect the use of editing-in elements vs. fixing exposure or color balance. This is a fun article. And there are multitudinous others, should you care to spend time reviewing them. Feel free, just don't bug me about it.

Presumably, the comment author erroneously thought the photo contained a west-facing view of the Oquirrh Mountain Temple, the drama of the sky was digitally created, or elements were combined from more than one natural perspective, commonly referred to as "Photoshopped". Reality is much worse or interesting, depending where you stand on the issue.

For the purpose of this blog post, I am discussing a single photo without digitally added elements (not found in the original photo). I enhanced what was captured by the camera's sensor, to more closely resemble what I saw with my eyes. (Plus, a little artistic emphasis for the sake of drama.) This process is called HDR or High Dynamic Range. I use it often with temples and night scenes, especially when lighting dynamics are difficult to capture in a single file. A digital SLR's sensor cannot capture the full range of a scene, as the eye sees it.

The challenge for photographers, camera companies and photography consumers is that the human eye interprets light much differently than film or digital sensors. The eye can simultaneously see detail in dark and brightly lit areas. This is impossible for a camera. In order to capture the scene I saw, I took five different exposures with different shutter speeds at the same aperture or f-stop. This is called bracketing in photographer terms. Below are the five original exposures from darkest to lightest, each "one stop" different. This means the amount of light allowed into the camera doubles from one exposure to the next. The first -2, second -1, third metered by the camera, fourth +1, and fifth +2.

This one is 2 stops underexposed, retaining detail in the backlit clouds, though pushing the limit a little. Also, I wish to note here that I shoot in RAW format which writes information to the memory card, as it comes off the sensor, with minimal processing by the camera. This allows me the greatest latitude to recover highlights and change the white balance (with significantly of larger files). If you want to know more, click here. 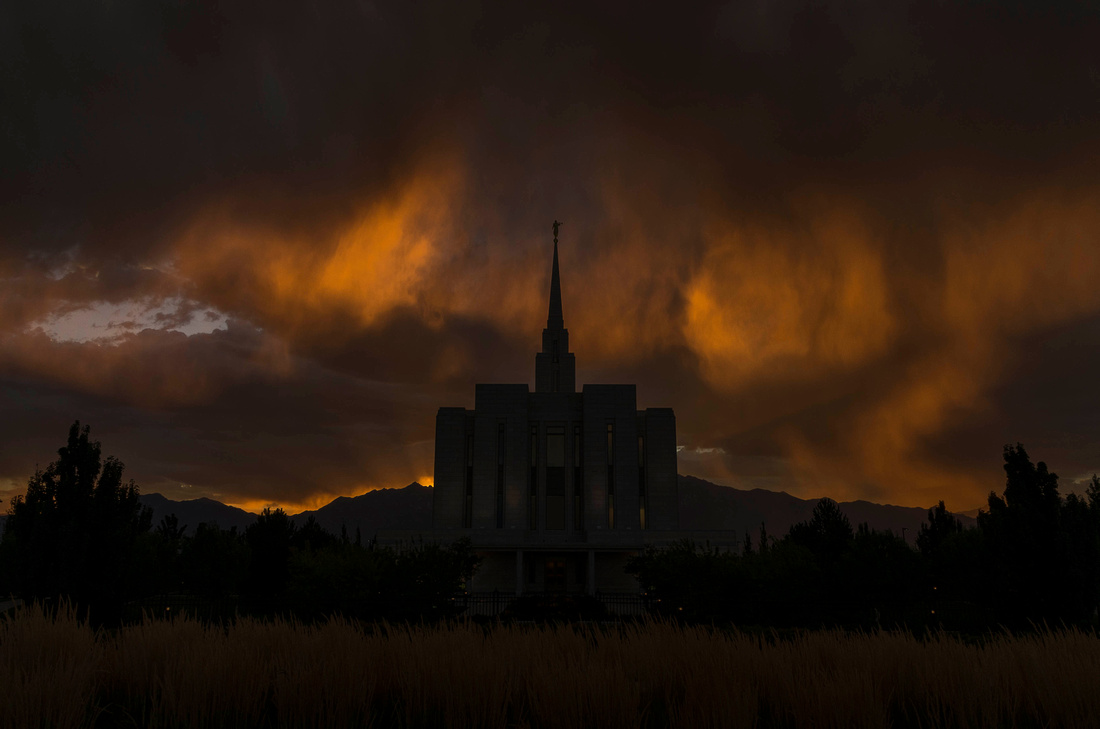 This photo is 1 stop underexposed, starting to loose detail in the clouds, but get more in the foreground. 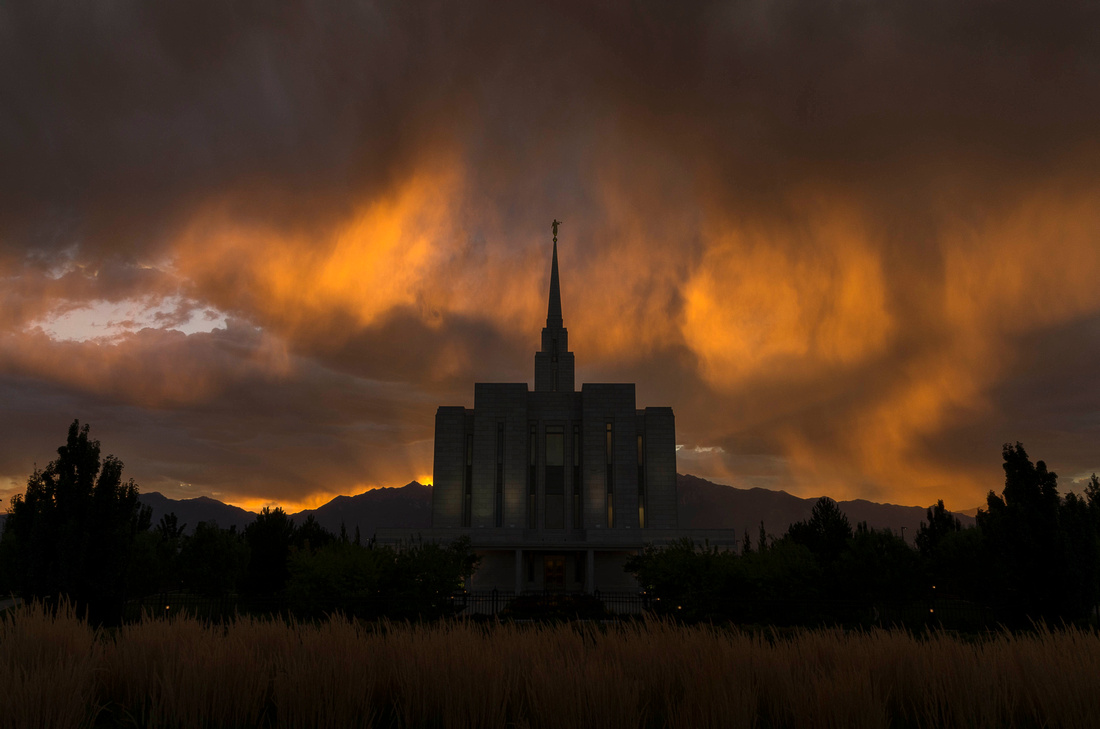 Exposure as the camera metered it, as a balance of highlights vs. dark detail. If you just pulled out your camera and took a picture, this is likely what you would get. 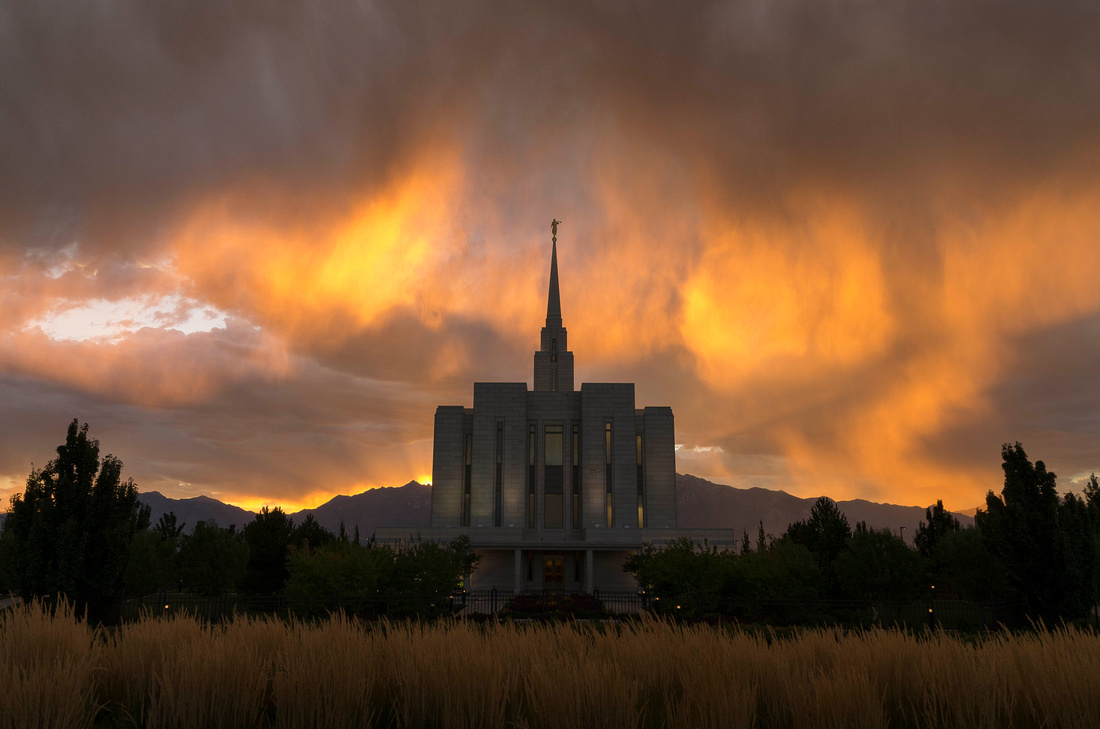 +1 stop, getting more shadow and foreground, but the sky is blown in several areas. 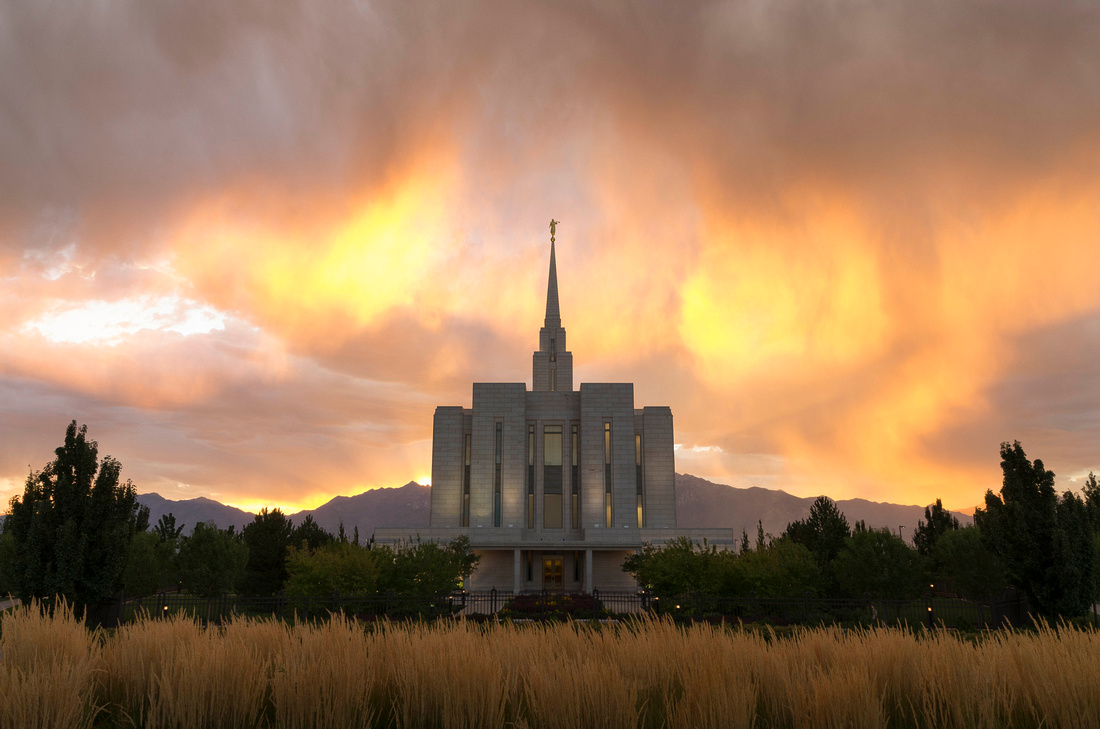 +2 the sky is getting a lot brighter and multiple areas have gone completely white meaning that there is no detail at all. These areas are what photographers call "blown out". The foreground is starting to get more acceptable. 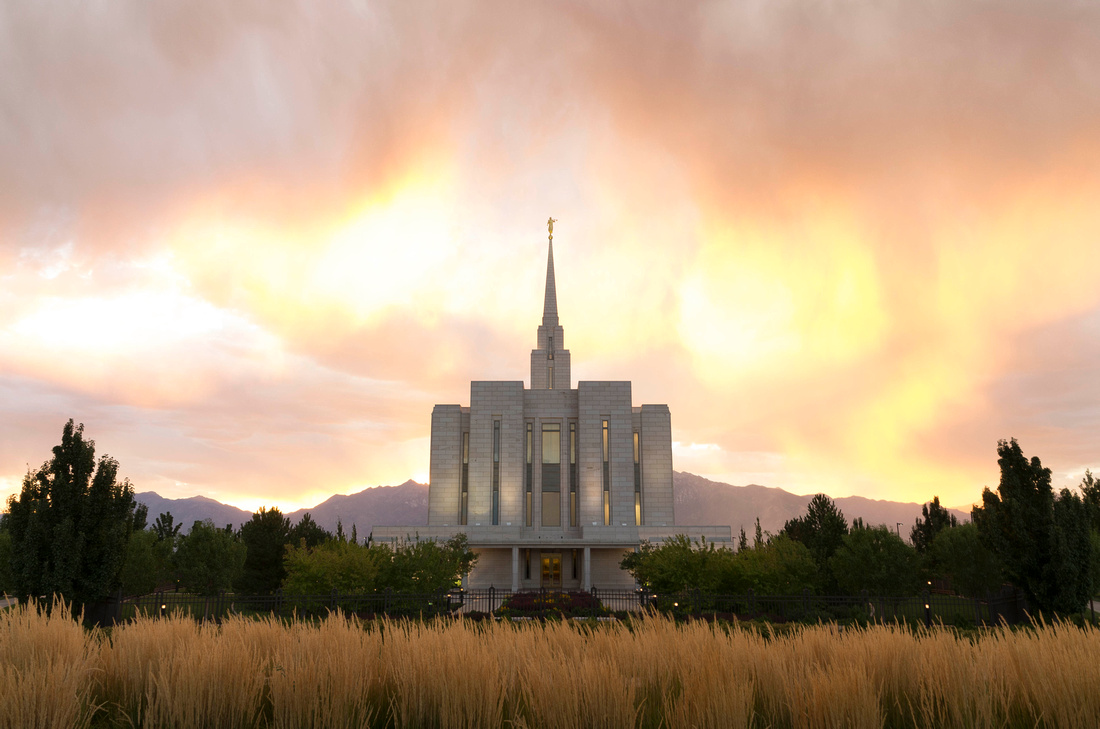 Now I take these five exposures and combine them in a program called Photomatix, which is my favorite for HDR processing. Though Photoshop has an adequate algorithm and software, I prefer Photomatix. After processing I get this: 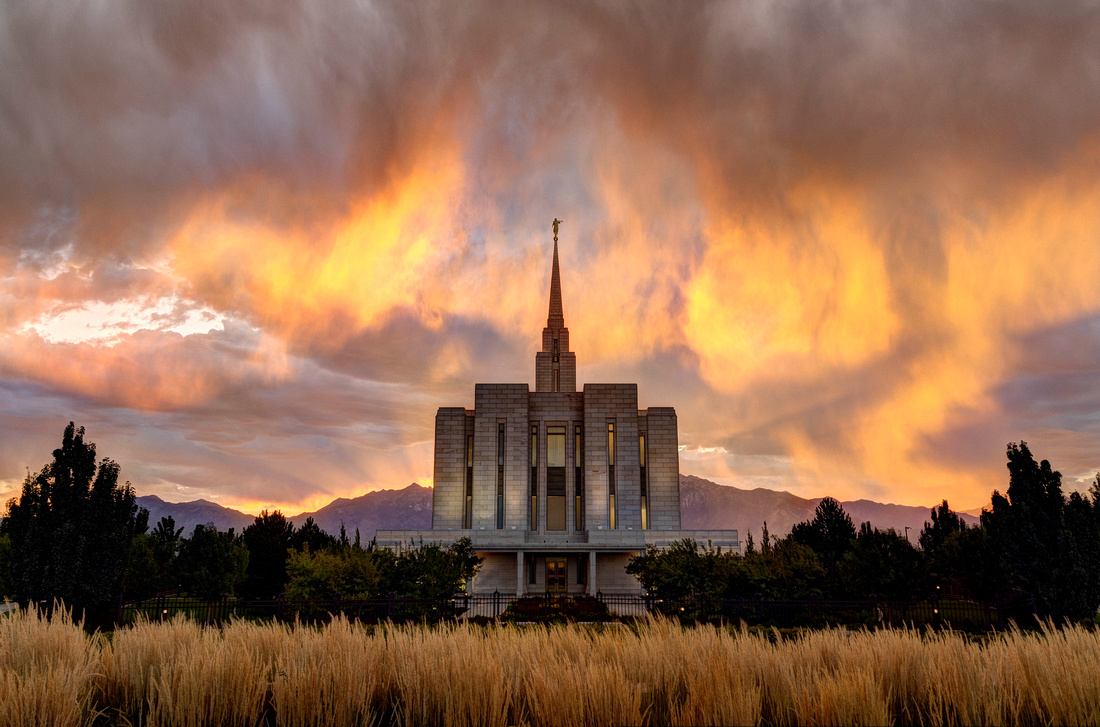 This is getting closer to what I saw, those pesky clouds have blown out a little bit, but I do have better overall exposure, and some of the added drama I desire. I import this large file which is nearly 100MB into Photoshop to finish cleaning it up; adjusting exposure, straightening (yes, it is a little crooked, darn hands) and correcting perspective. After I am done with my "Photoshopping", here is my finished product: 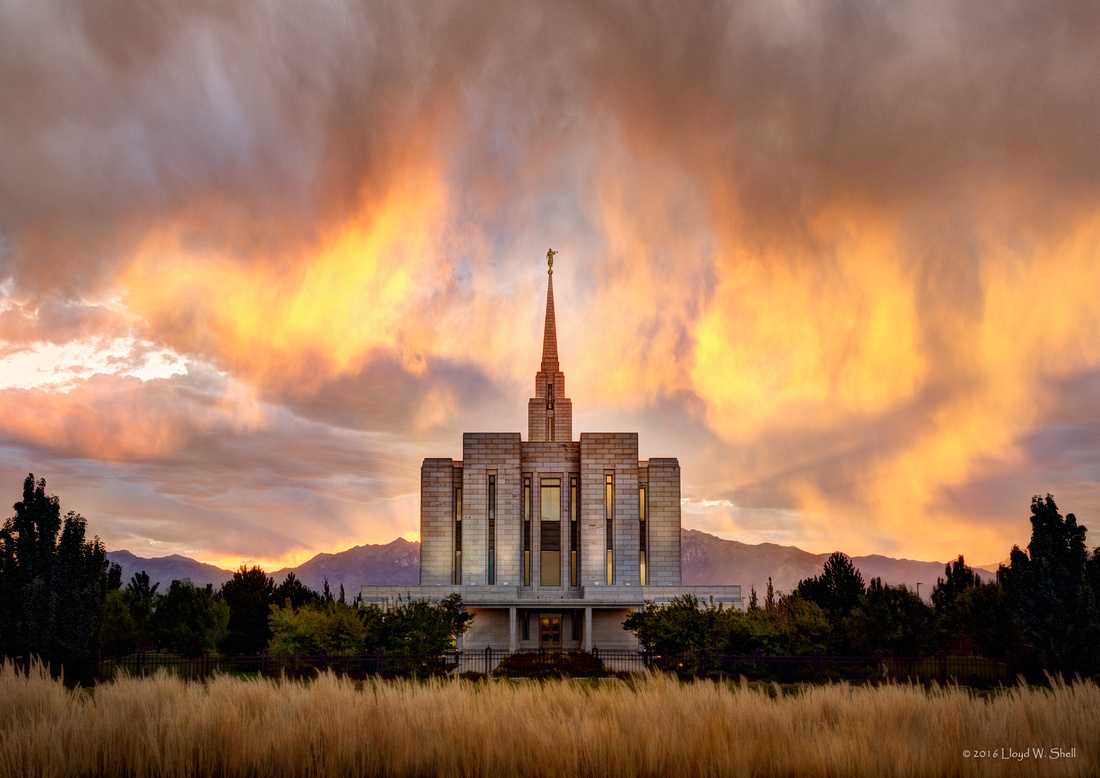 The bottom line, for me, is that what the eye sees and what the camera can capture in a single exposure are vastly different. Unless you are passing your work off as journalistic or an exact rendering of the scene (exactly as captured in camera), then what does it matter if you manipulate things? I am creating art. The focal length of the lens and the aperture affect how a scene is presented, shutter speed can capture a split second or minutes of activity in one exposure. I/we as photographers are manipulating the scene before we even press the shutter button with our choice of equipment, and how we use it to gather data. If I then refine and shape the data a little more in the computer before posting it on Facebook or my website does that make it fake? Or less valuable? The scene is digitally altered from the moment I capture it.

Richane Nuttall(non-registered)
You take the most amazing photos. I don't care how you come up with the final product. They are always Awe Inspiring. Thank you for the beautiful art you capture in and around our neighborhood.
Par Rasmusson(non-registered)
Foto hermosa, bien escrito explicación. ¡Muchas gracias!
itsmeleisa(non-registered)
I love this and the explanation. I am not a photographer by trade, and I am not trying to be one, but I want to learn how to take better photos and use my camera correctly and edit on photoshop. This is my temple and these pics are beautiful!
No comments posted.
Loading...
Subscribe
RSS
Recent Posts
Steam on the Rails Taking a Chance to RUN AWAY!!!! Finally Ready to Render an Informed Opinion: Pentax DFA 150mm-450mm f4.5-5.6 ED DC AW Back to Basics: Prime Lens Wandering Shoot what is in front of you... Horseshoe Canyon: Getting Down to Business Deadmans Trail Canyonlands National Park: Getting there How to go Macro on a Budget... or not... Balloons in the Fall! Does it get any better? What does it mean to "Photoshop" a photo?
Keywords
Pentax pentax 16-85 Macro Canyonlands National Park Deadmans Trail Horseshoe Canyon 16-85 LDS Temple Mormon Temple Oquirrh Mountain Temple
Archive
January February March April May June July August September October November December
COPYRIGHT: All photographs on this site are the property of Lloyd W. Shell.
Powered by ZENFOLIO User Agreement
Cancel
Continue