Steam on the Rails

Life always seems to get in the way of doing the fun things, but at the heart of it life really is the fun things as well as the messy bits. You need to balance them, they both have a place. I took this day away from work and other life struggles to hang out with a good friend and see something that really makes my heart happy. Steam Locomotives. Yeah, really! I love the smell, the swirl of steam and the massive solidity. They are just cool parts of a bygone era that just has that certain something.....

Union Pacific 4014 is one of the biggest steam locomotives ever to grace the rails of the United States. It was retired in 1959 and on static display in California for many years. There are a few others, I stood next to one in Scranton, PA many years ago. UP in their fantasticness has been willing to spend money on restoring several steam locomotives and will periodically take them on excursions. Delighting rail fans and snarling traffic all over the United States. As a child I remember another locomotive, the UP 844 which was part of this trip, traveling through our town and unfortunately setting a rather large grass fire. I still enjoyed the train though.

4014 on it's first trip after restoration traveled to Ogden Utah to participate in the 150th anniversary of the Golden Spike celebrations, I caught it in Evanston, WY for it's last leg to Ogden and took some photos there and another spot further down the tracks.

In Evanston it was rainy/drizzly and cold, but it only added to the atmosphere surrounding the train. These first three shots are similar, but different. All capturing the feeling of the swirling steam and gloom. 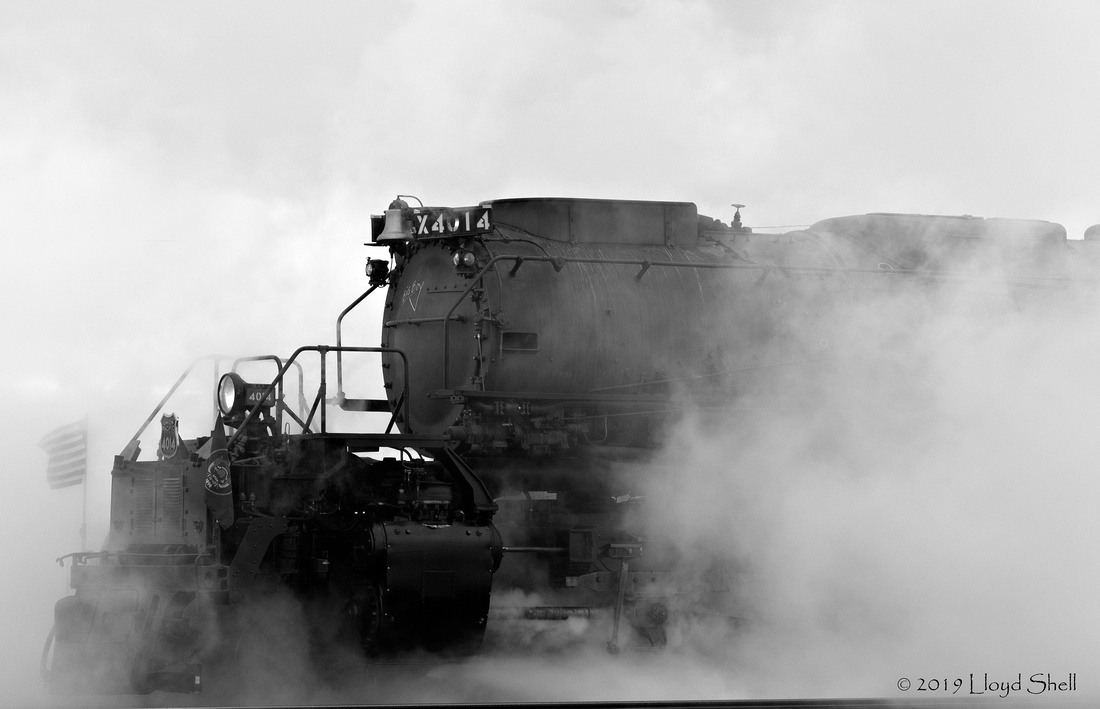 I think this one captures the feeling the best, I wanted to convert it to B&W but just loved the subtle colors too much. 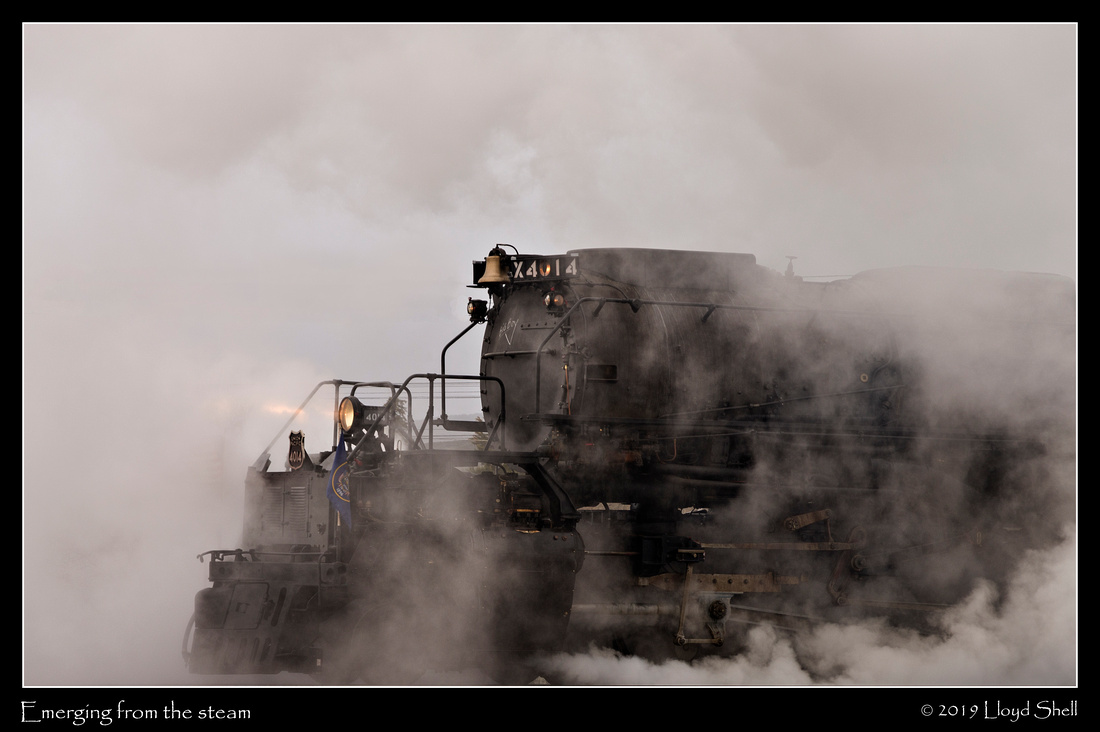 FFurther down the line it was pouring off and on, grateful for weather resistant camera and lenses my discomfort was rewarded with the glorious sight oof this BIG BOY rounding the bend. 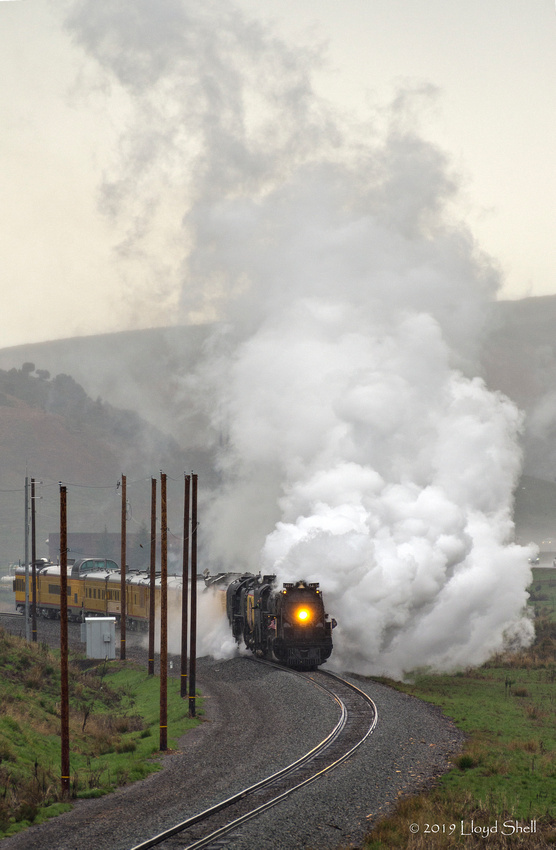 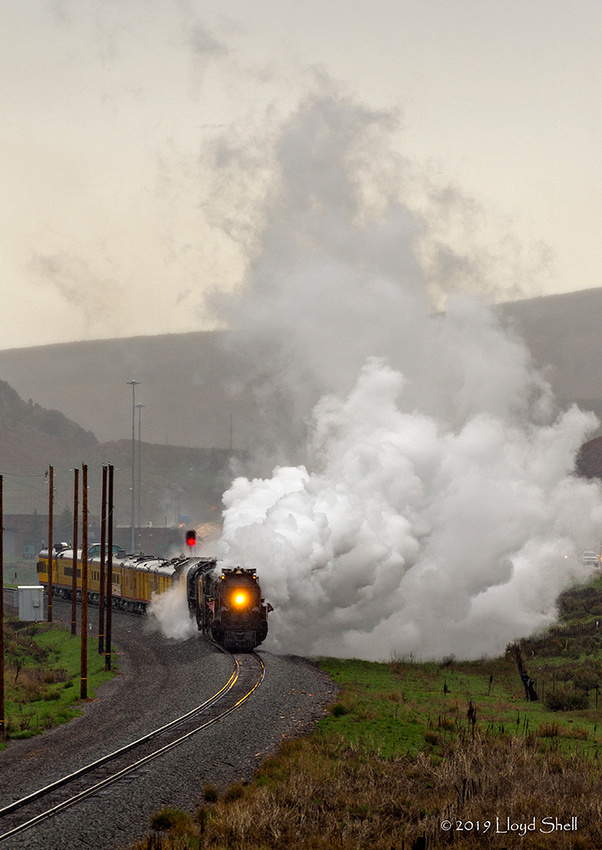 This last set is actually the same photo just cropped differently. I was SO happy to have nailed this shot. I used a shutter speed of 1/25th of a second to try and capture some movement but still give me a chance to keep part of the train from blurring as I panned with it. This shot was pretty much exactly as I planned it, the other 10 not so much... 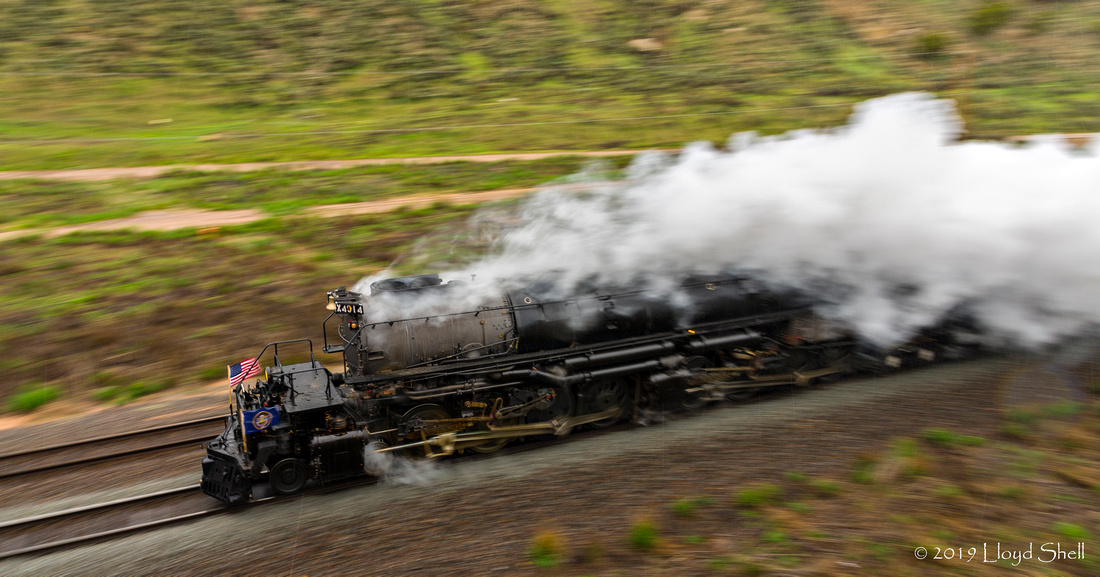 If you ever get a chance, push life away for awhile and go LIVE, you may get cold and wet, but you may also see something really cool!

No comments posted.
Loading...
Subscribe
RSS
Recent Posts
Irregularly Irregular and Intermittent Steam on the Rails Taking a Chance to RUN AWAY!!!! Finally Ready to Render an Informed Opinion: Pentax DFA 150mm-450mm f4.5-5.6 ED DC AW Back to Basics: Prime Lens Wandering Shoot what is in front of you... Horseshoe Canyon: Getting Down to Business Deadmans Trail Canyonlands National Park: Getting there How to go Macro on a Budget... or not... Balloons in the Fall! Does it get any better?
Keywords
Pentax pentax 16-85 Macro Canyonlands National Park Deadmans Trail Horseshoe Canyon 16-85 LDS Temple Mormon Temple Oquirrh Mountain Temple
Archive
January February March April May June July August September October November December
COPYRIGHT: All photographs on this site are the property of Lloyd W. Shell.
Powered by ZENFOLIO User Agreement
Cancel
Continue